“Jen Craig’s voice is a rare one in the field of emerging Australian literary talent. Both her novels, Since the Accident and Panthers and the Museum of Fire, exhibit a distinctive style which features careful precision of the narrative voice, coupled with an intriguing digressive approach. This draws the reader in to stories that seem endlessly reflective, yet the novels quickly display a logic and continuity that is sustained until the very last sentence.”

“Panthers and the Museum of Fire will be among my top reads for the year. Bold, original and urgent, it is a complex work of fictionalised-memoir in the style of writers such as Karl Ove Knausgård and Sheila Heti.”

“…the reader is made aware at once that Craig is a writer of great skill.”

“Panthers and the Museum of Fire defies every piece of well-meant advice handed out to novelists. The language is strange and obsessive, its central character is written with no regard as to whether the reader will like or care about her, the plot is obscure and frustrating, the setting is never picturesque. And yet it succeeds brilliantly.”

Panthers and the Museum of Fire

by Jen Craig
with photos by Bettina Kaiser

A woman starts out from a quiet corner of Glebe in Sydney, Australia toward the bustle of Broadway and Surry Hills, carrying with her the manuscript of a child friend who has recently died. Her thoughts surge between past and present as she strives to understand the effect her friend’s manuscript, Panthers and the Museum of Fire, has had on her. Not only does the manuscript remind her of what she might prefer to forget—youthful ambitions, an abandoned friendship, entanglements with religion and anorexia—it also ignites in her a creative impulse.

JEN CRAIG’s short stories have appeared in various Australian literary magazines including HEAT, Redoubt, Hermes and Southerly. Her first novel, Since the Accident, was published by Ginninderra Press in 2009. She has collaborated on concert and theatre works, including the 2005 chamber opera, A Dictionary of Maladies, with Swiss composer Michael Schneider. Jen regularly blogs micro fiction at absurdenticements.blogspot.com and about writing and reading at beinginlieu.blogspot.com. She holds a Master of Arts in Writing from the University of Technology, Sydney, and is currently researching the relationship between writing, anorexia and the Gothic at the Writing and Society Research Centre, University of Western Sydney.

BETTINA KAISER is a visual artist as well as a graphic and web designer. She has undertaken artistic residencies in Antartica, at Arthur and Yvonne Boyd’s Bundanon and in Outback Australia. She won the 2007 Hazelhurst Art on Paper Prize and has exhibited throughout Australia as well as overseas. 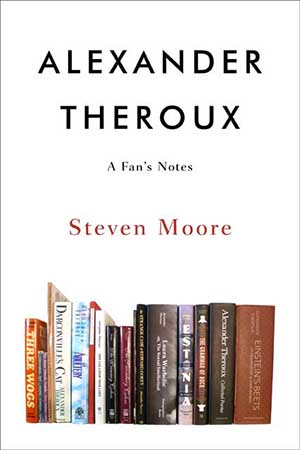 Since the publication of his first novel in 1972, Alexander Theroux has won great acclaim for his dazzling style and forceful intellect. That first novel, Three Wogs, was named Book of the Year by Encyclopedia Britannica and nominated for the National Book Award, as was his second novel, Darconville’s Cat (1981), which Anthony Burgess called one of the 99 best novels of the 20th century. Since then Theroux has published numerous other books, won several awards, and has been the subject of academic studies and theses. In addition to Burgess, he has been praised by such writers as Saul Bellow, Guy Davenport, Robertson Davies, Fred Exley, Jonathan Franzen, William H. Gass, Norman Mailer, D. Keith Mano, Cormac McCarthy, James McCourt, Annie Proulx, John Updike, and Paul West.

Alexander Theroux: A Fan’s Notes is the first book-length study of Theroux’s complete body of work—novels, fables and short stories, nonfiction books, poetry, literary journalism—concluding with a chapter on his contentious relationship with his best-selling brother Paul Theroux. Critic Steven Moore, who has known Theroux for nearly 40 years and helped with the publication of some of his books, illuminates Theroux’s work in a scholarly yet accessible style. While appreciative of most of what Theroux has written, Moore doesn’t shirk from what he regards as some of his weaker efforts in order to provide a balanced, deeply informed evaluation of this singular writer. Moore’s book will appeal to Theroux fans as well as to students of modern American literature. 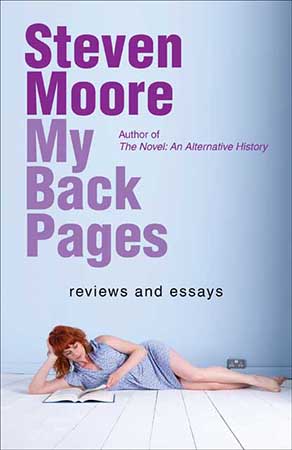 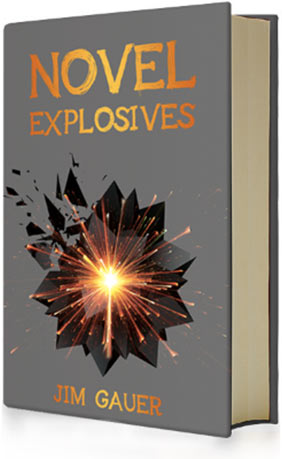 —Steven Moore, author of THE NOVEL: AN ALTERNATIVE HISTORY, January 2016