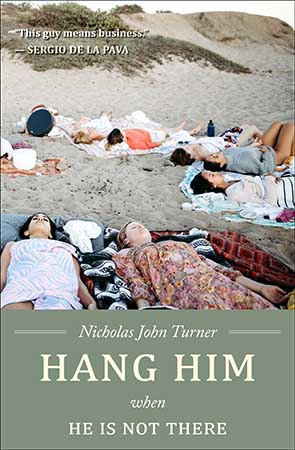 “Turner upends everything. His language is like a taut but complex tool of excavation that just keeps burrowing into deeper terrain. This guy means business.”

“One of the boldest Australian literary débuts of recent years.”

Hang Him When He Is Not There

New Year’s Eve, 1989. At a residential care home in suburban Australia, fireworks explode in the distance while an elderly man dies in troubling circumstances. Decades later, a proof-reader, disfigured by a childhood accident, prepares to meet a celebrated and reclusive novelist. Between these two figures a subtle and intricate web is woven, implicating the members of a mystical cult, the victim of a beheading, an impostor artist, and the enigmatic presence known only as Agent Vell.

NICHOLAS JOHN TURNER is based in Brisbane, Australia. This is his literary debut in North America.